For many Clevelanders, Progressive Field will always be known as “The Jake.” Opened in 1994, Jacobs Field was one of the first retro-modern ballparks in the majors. Last month, the Indians unveiled plans for a multimillion-dollar renovation to modernize the stadium this offseason.

Part of those renovations will include an area modeled after some of Cleveland’s best neighborhoods, like Ohio City, which is home to most of the city’s best breweries. While the craft experience will certainly be enhanced next season, even now there’s good beer to be found around every corner. 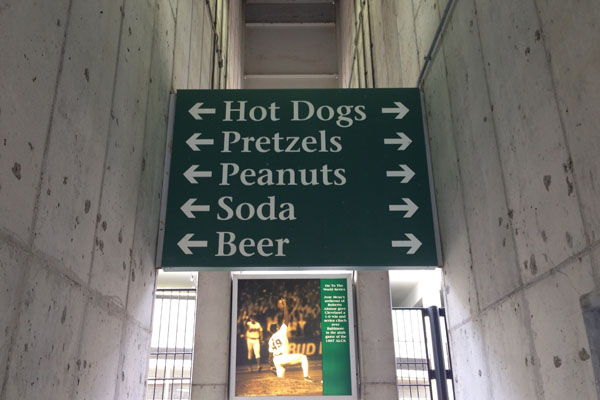 Aside from the quasi-craft offerings (Goose Island, Leinenkugel, Sam Adams, Yuengling) the stadium offers a decent selection of non-Ohio bottles and cans:

All are available at the Batter’s Up Bars, located behind Sections 144 and 175. The real draw throughout the park, however, is the offering of bottled Ohio beers:

Like the out-of-staters, these are all available at both Batter’s Up locations, and a few can be found at the smaller stands.

Unsurprisingly though, the largest local presence is Great Lakes Brewing Company. They’re 100% draft and available almost everywhere. They’ve got two taps (Burning River and Dortmunder Gold) at most booths, and a standalone cart behind Section 151 with four handles (the aforementioned, plus Commodore Perry and The Wright Pils).

Section 151 is really the destination for craft on draft. In addition to Great Lakes, there are also carts from New Belgium, Yuengling, and another local player, Portside, who serves up their 216 Pale Ale. The Yuengling cart offers the standards and seasonals, and New Belgium has a full range, including Fat Tire, Helles, Ranger, and Snapshot. 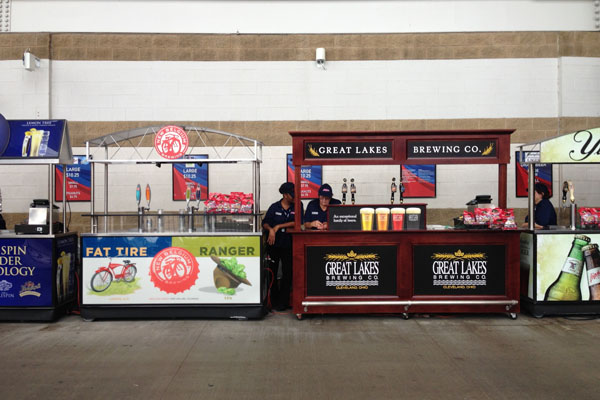 On a lighter note, Section 119 is home to Your Dad’s Beer, serving a number of brews from yesteryear, equally appropriate in the hand of your old man or your hipster friend. 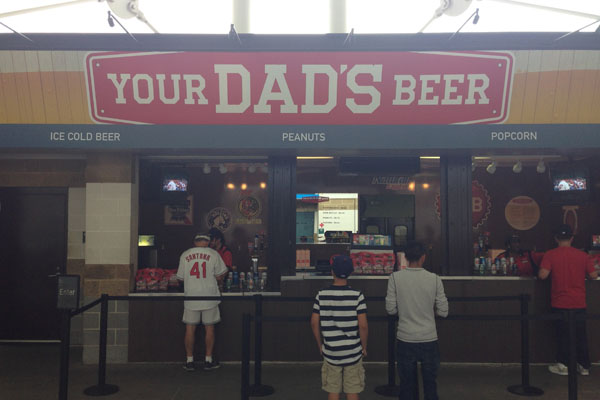 It’s a fun idea and it’s marketed well, with branded mirrors and tin signs on the wood-paneled wall behind the counter. Plus, you get a lot more ounces per dollar going with a Pabst instead of a Miller Lite. And if you’re averse to leaving your seat, tallboys of PBR and Fat Tire are carried by some of the roaming vendors in addition to the usual macros.

There are a lot of great beers available — in all parts of the park — but what’s really lacking is any sort of experience. The Great Lakes stand is a glorified jockey box on wheels, Your Dad’s Beer is novel but not substantial, and the Budweiser Party Deck is cloned in 29 other stadiums. While the overall selection is top notch, the presentation is a bit lackluster.

That said, it should be really interesting to see if Great Lakes gets a full-fledged bar as part of the renovation. Or if smaller, local breweries like Market Garden, Nano Brew, and Platform — who all make outstanding beer — can play a role. If they do it right, “The Jake” might just find itself among the world-class beer ballparks like PetCo, AT&T, and Safeco. 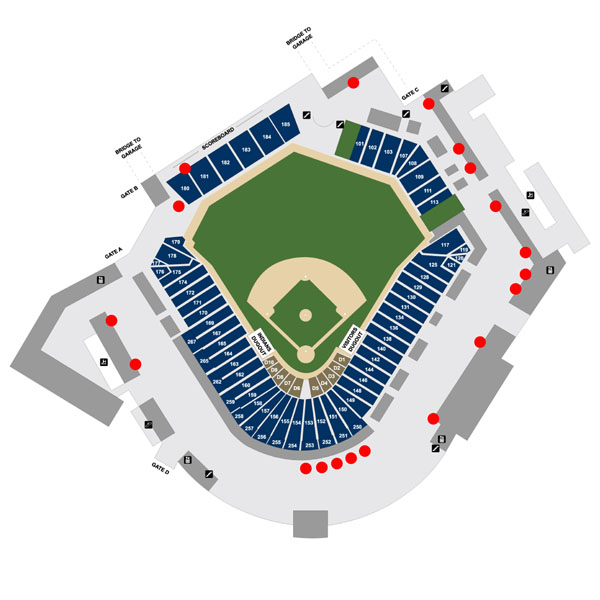 I post often on Twitter (@Beer_Notes) and Untappd (kastranec), and I write occasionally for Good Beer Hunting.