This tweet has making some rounds, and I think it’s worth exploring a little further. The concept of a New England IPA is a pretty new one, typically characterized by intense fruit flavor via dry-hopping, thick mouthfeel and being unfiltered. Some seem to leave out the bitterness entirely, but many are still appropriately bitter for the IPA/DIPA/APA style they’re attributed to.

I'm sorry, you who think this is acceptable beer have lost your minds. This overly yeasty crap is offensive. pic.twitter.com/TTTrT3nbhi 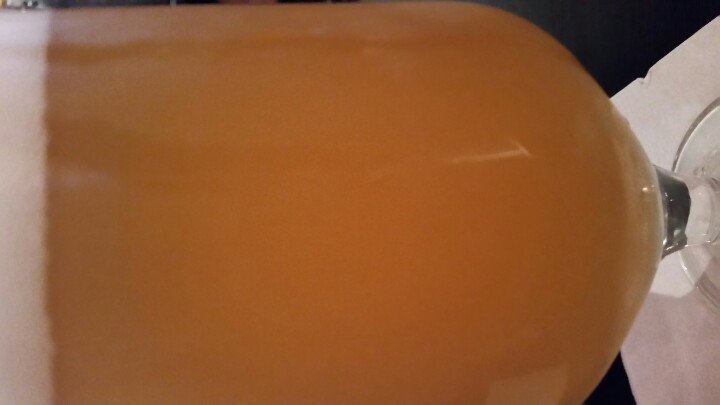 Let’s get something out the way first. 90% of what makes a beer acceptable is simply “Does it taste like what it’s supposed to taste like?”. That’s it.

We can talk about clean draft lines, clean glasses, proper glassware, and serving temp but most of those things will modify the taste, and if they don’t, well, I’ve enjoyed plenty of beer out of marginally clean shaker pint glasses. Sometimes you have to pick your battles. The beer doesn’t need to taste good, because good is subjective, but as long as it’s a fermented beverage with malt and hops served to a pretty close approximation to what the brewer intended, it’s acceptable.

A cloudy beer is not offensive. It’s caused by flaked grain, or hop haze, probably not flour, being unfiltered, and/or specific yeast strains. Yes, overly yeasty beer is generally not going to taste good, but unless you filter your beer there is yeast in it. All beer, even if it appears clear, contains yeast. Some breweries, and most homebrewers, bottle condition their beer meaning they use the yeast to create the carbonation.

Alchemist’s Heady Topper is an unfiltered IPA and doesn’t really look much different than that picture of an ‘offensive’ beer. Yeast consumes the sugar in a liquid and then generally settles out to the bottom. This is why in some bottle-conditioned wheat styles, like hefeweizen, it’s often recommended that you swirl the last ounce of beer to mix up the yeast and pour in into your glass. Yeast, in it of itself, is not a flaw.

I see no krausen in the picture in that tweet. There is no sediment; It just looks like a cloudy beer.

Mrmalty claims it tasted like wort and there were off-flavors. That’s a bad beer, clearly, and you should send it back if you truly taste green apple and butter and sweet unfermented wort. You should also probably call out the brewery. I get not wanting to make waves, but if a brewery is putting out bad partially fermented beer you could save people from being subjected to it.

The tweet seems to imply people think this is an acceptable thing, but I’ve never heard anyone claim they like beer that’s not fully fermented. I also can’t recall a single time I’ve been served a beer that wasn’t done fermenting. Which is why many of the replies mention all the delicious cloudy beers out there; because the phrasing of the tweet seems to specifically be calling out a new trend in beer.

“Milkshake beers are not a trend or acceptable with traditional or even modern styles... “

That’s a line from the review but In fact, they’re both. This beer specifically is a sessionable beer exploding with fruity hop flavor. That’s HopHands in the header image, poured by me out of a growler a day removed from the brewery. I flew through the 32oz growler that day because I couldn’t get enough of the top-notch beer.

The BJCP defines most IPA styles, including the Double IPA, as being clear, with a little dry hop haze permitted. However if you look to style 21B, specialty IPA, you’ll notice it specifically mentions starchy adjuncts like oats, though it sticks with saying there should be ‘slight’ haze which is still less than a New England IPA exhibits.

This style is in the guidelines specifically to account for the expanding amount of IPA varieties and specifically permits Black IPA, Brown IPA, White IPA, Rye IPA, Belgian IPA, Red IPA with the ability to add more. Belgian IPAs are allowed to be ‘quite’ hazy and allow for esters and phenols. Apple flavor is permitted, as is grainy-sweetness. I have no doubt that a formal NE IPA style would mention significant haze under appearance. Most commercial brewers, unless they’re specifically after a medal, are not brewing to BJCP, or GABF, guidelines. They’re just brewing beer that tastes good and will sell.

That’s the crux of the issue here. In almost every case these beers are brewed the way the brewers intended them. Often with exquisite care. You’re welcome to not like them and to drink something else, but that doesn’t mean they’re bad, or unacceptable, or not beer.

Certainly there are brewers out there taking it a step too far, or making a poor representative of the style, but that doesn’t mean the entire style is bad no more than a brewery making an over-roasty Black IPA means that that entire style is bad. You don’t have to enjoy every new twist and turn the craft brewing industry takes, even if you’re self-proclaimed beer geek or hop head. That’s the beauty of beer in modern times; there’s enough variety and quality out there for anyone and everyone.

Michael can be found on Twitter and Untappd where he's figuring out how to drag his wife and daughter to Treehouse Brewing Company. You can also email him at beer@ceetar.com.