In climates without seasons, such as, oh, Southern California, one of the best barometers of passing from one time of the year to the next is what you’ll find on the shelves of your local beer aisle. I didn’t really get into the pumpkin beer thing this year since I’ve basically decided that it’s overblown (although Ignus Fatuus from The Bruery was pretty good), but winter beers are enough to get me excited. And guess what? They’re starting to show up en masse around here!

There are plenty of winter beers that I get worked up for, and I even wrote about one of them last winter. They’re usually darker, which goes nicely with the cooler temps and the richness of the seasonal food for the holiday season. Seasonal beers are kind of my thing and actually have been a recurring theme for me here at BeerGraphs. So this shift to winter beers is something I’m fully embracing and ready to celebrate.

And I guess that’s the perfect segue to talking about Sierra Nevada’s Celebration Ale. It doesn’t really follow the traditional spiced porter/English strong ale/barley wine-mold that one usually associates with a winter seasonal. As a hophead, I appreciate that Sierra Nevada has a winter seasonal that’s an American IPA so I can feel somewhat seasonal as I drink it without sacrificing my favorite beer style. Sweetwater and New Belgium offer some winter seasonal IPAs, too, but they’re in the White IPA mold and I prefer mine a little heavier.

Celebration has an extra special wrinkle to it, in that it is a fresh hop ale, meaning that the hops needed to brew it are picked, dried and added to the beer within a week of the hop harvest. Hops are traditionally harvested in September and October, making the late fall/early winter the perfect time to add fresh hops to a beer like this one. And once again, Sierra Nevada has hit the mark.

The beer pours as seasonal red-carmel and has plenty of hop bite. Sierra Nevada does not add any spice to the beer, something that I appreciate given that this is an IPA. Adding spice to a brew with this much natural flavor can be a tricky proposition and it’s not always well done. Instead, they’ve created a festive feeling through the use of Cascade, Centennial and Chinook hops, giving it an earthy, pine and citrus profile that smells good and tastes better. 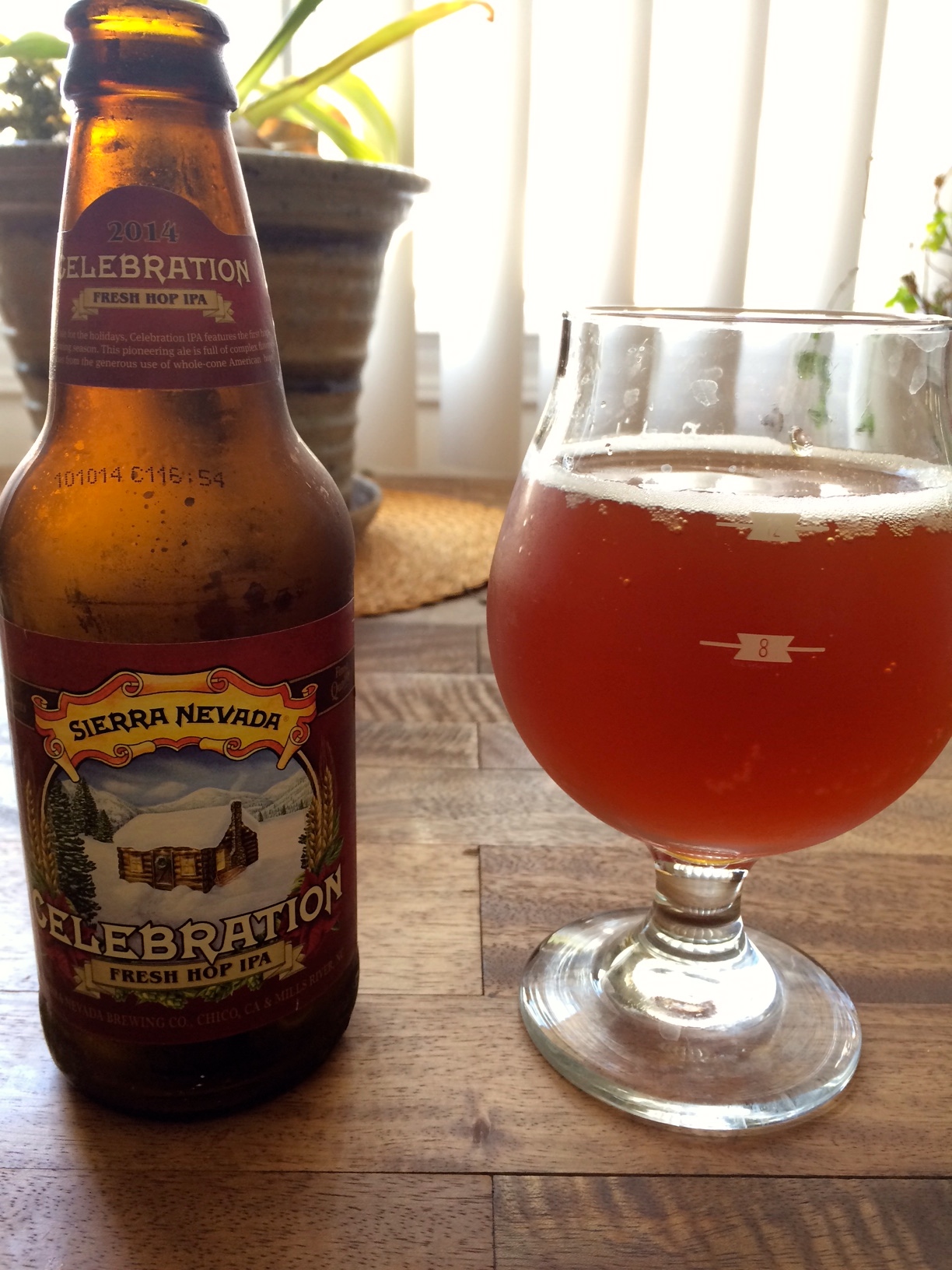 For me, this is right near the top of my list for winter seasonals. It does everything right and remains incredibly drinkable even though it may not have one truly great characteristic. I’d be interested to know what you all suggest for this winter as I’m starting to form my Winter Beer Wish List.

How do you feel about Celebration and what are you excited about this winter?