Now in its sixth season, Citi Field is a big improvement over Shea Stadium in a lot of ways, including the beer selection. The team? The Mets haven't yet had a winning season in the new place, but if pitching is your thing you've got a chance on any given day to see a talented young arm on the mound.

There are now three distinct categories of craft beer at Citi Field. I'll classify them as

The locals are new this year. You can get them at two locations: Near section 134 in left field next to Keith's Grill, and to the left of the clubhouse shop behind home plate on the Promenade level. 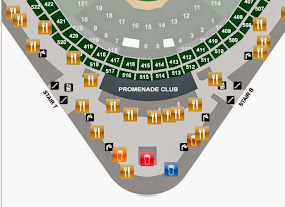 As you can see in the map, the Promenade Food Court behind home plate is the place to be. You can get just about every beer option here. The Empire State Craft Beer Stand up here actually has two craft beer taps. In April they were pouring Sixpoint Sweet Action and Bronx Pale Ale. The stand on the field level has no taps. The Bronx Pale Ale on tap is probably my favorite here, although Captain Lawrence's Kolsch is a great beer for a ballgame and the Coney Island Seas The Day is excellent. The Blue Point Toxic Sludge is the closest thing Citi Field has to a dark beer.

The orange true craft stands also have taps, but the taps at these are usually Goose Island Honkers and IPA, Kona Longboard Lager, and Shock Top. The craft stand in right field does not have taps, but you can also get the Goose Island beers on tap at a stand about 10 steps towards center field, as well as on the Pepsi Porch. The cans here are the way to go. You can get Sixpoint Sweet Action, Crisp, and sometimes Bengali Tiger. Also Brooklyn Lager, Brooklyn Summer and Brooklyn East India Pale Ale. Personally I happen to like Leinenkugel Summer Shandy at a hot ballgame, and it's one of the crafty options available here.

The two Big Apple Brews stands, one in center field and one behind home plate on the Promenade, are where you'll find the large selection of crafty AB-InBev affiliated beers. This includes breweries like Blue Point, Kona, Goose Island and Redhook who all make drinkable beers. 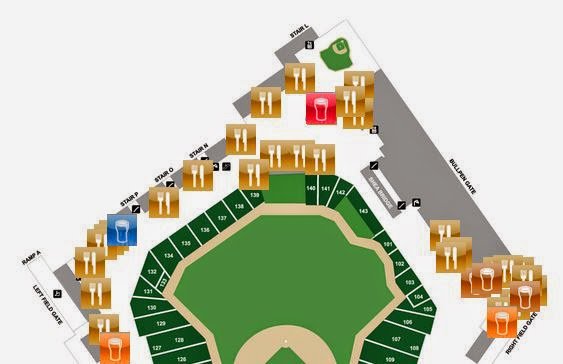 Yes, the inconsistancy of the beer stands at Citi Field is maddening, and the prices and signage can be just as confusing. It's $9 for a beer at any of these places I mentioned. That's regardless of if you're ordering a Bud Light or a 16oz Sixpoint Sweet Action can. No one is trained and during the first week of the season the cashier stared at me blankly when I ordered the Sweet Action that was on tap upstairs. The sign up there doesn't list the taps at all.  The signs at the Empire State stands list 'Coney Island Lager', but what they really mean is the name that's printed on the bottle they pour; Seas The Day. It's not easy waters to navigate, but now you're informed.

There are some wild cards to take note of as well. You can get Blue Point Toasted Lager on tap at Catch of the Day. The Pat LaFrieda stands have Sixpoint Sweet Action, and the one upstairs has Brooklyn EIPA as well. There's also a vendor or two walking around with Brooklyn Lager, which happens to be the most checked-in beer at Citi Field. I've previously seen Sierra Nevada Pale Ale, though not yet this year. The preseason press release mentioned Blue Point White IPA, but my experience has been that that doesn't show up until mid-summer.

It's a very good selection that's only really lacking an elite beer and a dark beer. Click here for an up to date BAR rating for the table above. 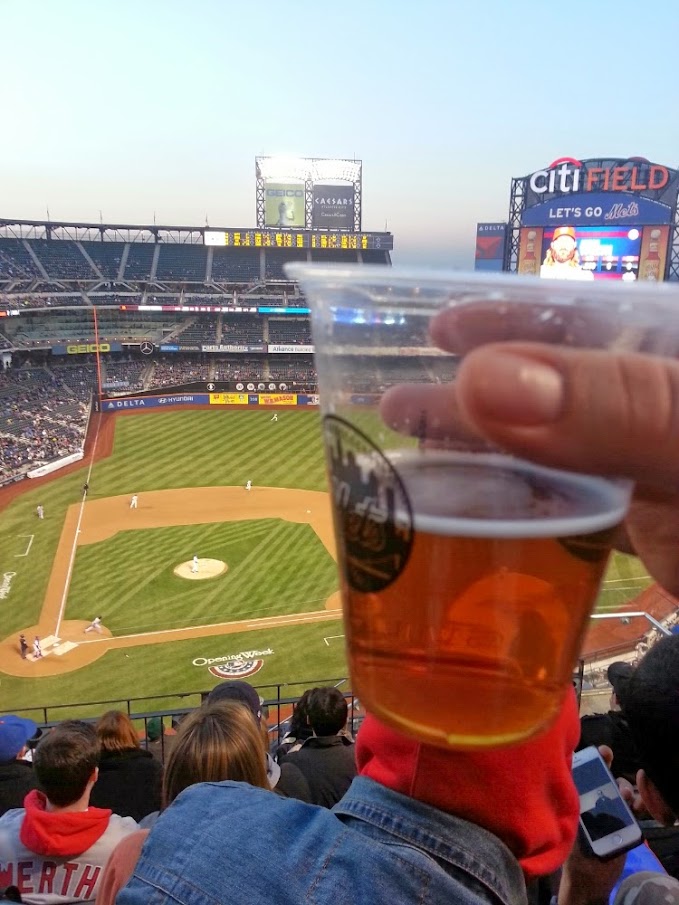