No other state has as many breweries as California, at least not by our leaderboards. There are still pockets where opportunity exists. We talked to El Segundo about coming of age in Los Angeles, not yet known as a great beer town. And now Clandestine Brewing has opened the rare tap room in San Jose proper.

Though this new brewer is helping forge new grounds in an emerging market, it also has to thank the vibrant craft beer community that gave birth to it. Clandestine is made up of four former peninsula software engineer home brewers . They met at a local homebrewing society, learned from brewers that made the jump before, and then decided it was time to open their own place.

But all of the preperation they did -- all of that brewing, and drinking, and traveling, and listening -- didn't quite prepare them for the shock that was opening up their own professional brewery and tap room.

The group was happy to share some of the things they learned along the way. They were only convinced they could go pro after hearing new professional brewers talk about their experiences at the National Homebrewers Conference in Minnesota. 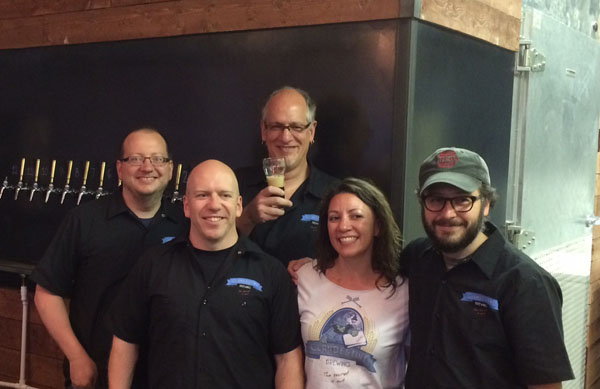 Adrian Kalaveshi remembers that day well. "Mad Fox brewing in Washington DC had raised a million dollars, but there was this little guy that was opening a brewery with $50,000, and everyone's eyes opened up in that room," said Kalaveshi of hearing the modestly funded plan for Ohio's Weasel Boy Brewing Company. "Ever since then we've had this idea in our head -- we started working out the numbers."

In between that moment and opening day for Clandestine Brewing came five years.

The first couple years were spent gathering information. A visit to Hess Brewing in San Diego was foundational.

"He was brewing on a one-barrel system," Kalaveshi reminisced about Hess. "That sort of solidified us, that we were on right the path." It wasn't just that Hess was able to make it happen from modest beginnings, it was also that he provided a "how-to guide of how to open a brewery" with the Hess Odyssey blog.

But it wasn't just make a plan / execute a plan. This was difficult. "We took on a huge challenge," said co-proprietor Rob Conticello. "It takes a lot of work."

Along the way, the group -- made up mostly of former home brewers -- learned a lot about the transition from a home system to a professional nano setup.

The difficulty didn't come from the nuts and bolts, really. Well, Adrian's wife Christine had a little bit of a problem, with... nails. "The nail gun scared the crap out of me," she laughed. But, even as someone who likes whiskey a little more than beer, she's appreciated the educational experience: "Now I can talk to people about what it's like to carmelize wort."

Materials, at least, weren't a problem for the experienced and award-winning home brewers. They knew at least generally what they needed, what things cost, and it was easy to find the information since they knew what they were looking for.

The problem, if there was one, was more on the business side. "This business was mostly built by us, and none of us have business experience like this," said Adrian "Veshi" Kalaveshi. "When you're entering a tunnel and you don't know what's on the other side, you can't even imagine what might be there."

Co-proprietor Dwight Mulcahey did have some experience in the matter. He was part of two former startup breweries at least. But this one had the benefit of four co-brewers and a penchant for collaboration and innovation. "This is a bit more of my idea of what I'd like in a brewery," Mulcahy said. "If you've been to Oakland's Beer Revolution. I love that that concept of erasing a beer. 'We're out of this.' I love that, that's the feeling I want. It takes a little effort." 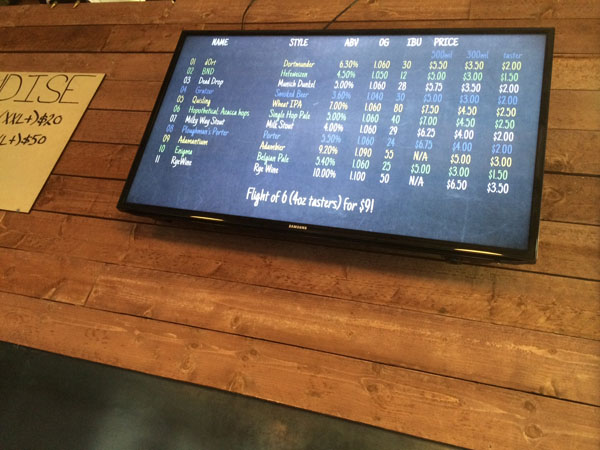 Not that Clandestine Brewing didn't do these things, but someone with more startup experience may have made sure that they knew that "Before you look into a place, make sure it suits your needs 100%, make sure that you're in the right zone," as Veshi put it. Or make sure to budget for the time it would take to figure out "all the paperwork and legal things," as Conticello put it.

There were also things they were never going to know going into this sort of thing. Co-proprietor Colin Kelly told the story of the gas pipe that started at the beginning of the building and lost about two thirds of the pressure by the time it got to their unit at the back of the building.

That surprised even the self-described debbie downer of the group: "I came into with it thinking that there were these other obstacles we would face, so I came in as a balancing force, a pragmatic guy, some of the things that we realized as we went, how much we don't know," said Kelly.

There's some synergy in Kelly's pragmatism and Conticello's optimism, and in other ways. "The four brewers are all software engineers and Kelly felt that they all, on some level, had a desire to "try to do something physical, feel something tangible" after typing on their computers all day.

With four brewers in house, they've got many different approaches to brewing. Conticello tried to give a brief description of their strengths: "All of us are good at making a very drinkable IPA but we all have very different tastes. I get into more historical styles, sometimes English styles. Adrian has been doing more Belgian and wild beers. Colin likes to do lagers, as does Dwight, and Dwight likes some of the more nuanced English styles." This varied group might help them stay ahead of the quickly changing beer world -- as Conticello put it, "Consumer tastes change rapidly."

At the same time, Mulcahy emphasized the collaboration:  "All the beers we serve are our beers, they're not anyone's beers. Our beer."

Maybe it's that cohesion and shared love that will bring these four brewers together toward success. "This is doing what you love," said Conticello with a smile.

Take a look at the rapidly moving chalk board at Clandestine Brewing for more information.